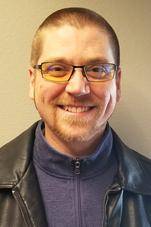 Nathan grew up in Fallon, graduating from Churchill County High School in 2003. He attended Western Nevada College and received an Associate Degree in December 2006. He then began a career with Walgreens working at multiple locations in Northern Nevada from October 2007 to November 2018 with over a decade in the role of Store Manager. At the end of his employment with Walgreens, he completed a Bachelor’s of Science in Business focused on Information Technology Management from Western Governors University.

Nathan joined the Oasis Online team in January 2019 working part-time while working towards a second Bachelor’s Degree in Network Operations and Security. He joined the Networking team in January 2020 and completed his second Bachelor’s from Western Governors University in June 2020. His current role as the Director of Network Support focuses on communication, planning, and coordination between the different work units and clients that Oasis Online serves.