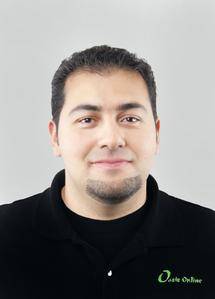 Marvin moved to Fallon from El Salvador in 2006 at age 17. He entered the Churchill County High School as an 11th-grade student. In 2007, he was employed as a waiter and has been working in customer service since then. He graduated from High School in 2008 and started with a degree in Computer Networking Technology in Western Nevada College the same year and graduated in 2013. He was honored on the Dean's list twice.

Marvin was employed by Oasis Online in November of 2010 as a Help Desk Technician. Throughout the years at the job, he has acquired more experience and is now moving into the Network Administrator position.