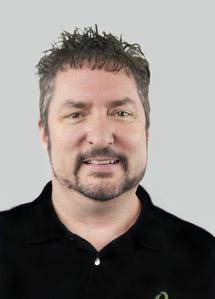 Dan is now the Owner, President, CEO, and Network Engineer of Oasis Online. Dan has over 22 years of experience in Network Engineering and Design. Dan moved to Fallon in 1979 at age ten and entered the Churchill County School District as a 5th-grade student. He graduated from Churchill County High School in 1987. Dan subsequently entered the United States Navy, where he served for nine years. During this time, he received two Navy Achievement Medals, one from the secretary of the Navy for creating a Navy blood bank database while serving aboard the USNS Mercy during the Gulf War. From 1991 to 1997, he served as one of the Network Administrators for a 2400 node network at Balboa Hospital, San Diego, California.

Dan is a Certified Information Security Manager and has been involved in consultation with School Districts concerning security measures and high-level network support since 2002.

Dan has a family of 5 children and enjoys riding motorcycles, roller hockey, and scuba diving.